I would like to say that I'm in LOVE with my orthotics! I love them! Ever since the last email I sent you, they have worked perfectly. I would like to thank you a lot for taking the time to work with me and helping me be injury free! -- Jordan H.

Shelley, I wanted to let you know that the orthotics have been working out very nicely. I ran about 20 miles a week for the past two weeks and am pretty much pain free. i think its a combination of the orthotics, stretching and rolling. I ran the Wheaton 10K today (6/6/09) in 54:33 which is a PB. So far, I am very happy that I invested in these and would recommend you to any runner who has pain issues. I have told a couple of runners that I know about you. See you at the half marathon in September. -- Mike O.

I wanted to say thanks so much for helping solve my ankle problem with orthotics! Those were magic and have had no problems since. I ran a lot for cross country and had no problems and without that the season wouldn't have gone nearly as good. I probably wouldn't have made it through it all. We made it State and got 3rd which was really exciting and we almost won and any other year we would of. I got 14th, getting All State and thanks to you that happened. -- Kevin M.

"Once in a land far far away, I was almost crippled with the pain that I continually brought upon myself thru running senselessly down the steep hills of St Charles.

My name is Mike, a 30 mile a week running addict, who believes that at this time in my lifecycle, I should be pain free from running. I have been fighting through constant knee pain, occasional IT Band pain, a previous Sartorius muscle issue, and overall frustration of not running well.

I will always be grateful for Shelley, who rescued me from these pains, thru examining my foot mechanics and fitting me with orthotics. She studied my gait, running motion and body mechanics to determine the optimal correction to eliminate my daily soreness and anguish.

At first I was skeptical on how this would help me. Desperate to run the Milwaukee marathon, I ended up using a shoe company called Newton. These Newton’s gave me only temporary relief. Unfortunately, I was in pain again after six weeks of using the Newton’s.   Now I have an extra bounce in my step as I am free of pain after only three weeks of use of the new orthotics. Now I can look forward to many more years and more miles of running pain free. I am looking forward to seeing if I can up my mileage and continue to be pain free.

"As a high school cross country coach, I am always concerned about keeping my runners healthy, so that they can train consistently. Shelley Simmering's work with our team this fall has been an invaluable benefit toward achieving this goal. Shelley evaluated the biomechanics of our runners, identified probelm areas, and was able to provide short-term relief and long-term solutions. Within a few weeks, runners with chronic injuries were back to a regular training routine and enjoying their running. Thank you!" - Al E.

"After six months of running in my orthotics, I am pleased to say that I am free of foot pain! Shelley Simmering of Foot Mechanics was professional and knowledgable in examining and analyzing my gait. Shelley took the time to thouroughly examine my feet, analyze my gait, fit my orthotics and get me in the proper running shoe. Her professional knowlegde along with her personal experience with running enhanced my decision to purchase Foot Mechanics orthotics. Thank you Shelley for getting me back on the road!" - Cheryl R.

"I would highly recommend Shelley for orthotics. I have had multiple feet problems and have had many orthotics made over the years. Shelley is the first person who took the time to get a complete history and exam on my feet. She also took the time video my run and bike so that I could see where I had problems. She has continued to work with me to perfect my orthotics so that I am able to run again without the pain I had before. She's truely dedicated to helping athletes achieve their goals." - Janine S.

"Shelley is very knowledgeable and truly strives to make her customer happy. She thoroughly watched me run and walk in order to discover the mechanics of how my body works so that she could make an orthotic that meets my specific needs. Shelley was interested in assisting in whatever ways possible and helped me to understand the importance of keeping my feet in good shape. Comfort, function and overall satisfaction are her main concerns. I am very happy with my orthotics, Shelley's recommendations, and her advice." - Lindsey D

I would like to begin by first thanking Shelley for performing a miracle on my feet. She made a commitment from the first appointment to correct my issues no matter how long it took. She noted there may be some trials to go through but she would make my feet perform the way they are suppose to. I have since contacted the Discovery Channel and it is possible they may be investigating this story. See my story below:

I was in my third full year for competing in triathlons. For the first year and a half I had no issues as I was doing sprints and Olympic distances. My issues started as I decided to do half IM and full IM distances which increased my running and biking distances.

After approximately 10-12 miles of running, all my toes would go numb and then the balls of my feet would be in severe pain, to the point I could not take another step. I would have to stop, take my shoes off and massage my feet for a few minutes and then I could return to running for approximately 5 more miles before the pain would come back. When biking, the same issues came about at approximately 30 miles and then thereafter at about every 15 miles if I continued on. So, if I was biking 100 miles that day, I was stopping at mile 30, then at mile 45, 60, 75, 90 and so on. The pain was so intense on the bike that I could not push the pedals.

I had seen several people in the shoe industry that had lots of experience in fitting shoes for runners and bikers. I also had tried their suggestions for various types of shoe inserts. Some of these things helped by gaining me a few more miles temporarily but never corrected my issue and I eventually lost those extra miles over time as the shoe or inserts were broken in.

Even though Shelley wanted me to slowly work up to longer distances with my orthodics, I needed to test them out and ran a 15.5 mile run immediately with no issues. I couldn’t wait to test out the bike shoe orthodics. I had some 100 + mile rides planned and they did not go well. I was still getting the numb toes and pain at mile 30 and then every 12-15 miles there after. We tried a different type of bike shoe with more support but that only helped a little. We then tried some extra supports within my bike shoes with some improvement but still not fully correcting the issue. Shelley decided to check out my video again and called to inform me she was convinced it was in my bike fit. I met her at a local bike shop while the bike fitter and she tweaked my cleats, seat and handlebar positions. Nothing was for sure at that time other than they both agreed these adjustments should help me for my IM which was in a few days. I didn’t have time to test it prior, so IM was the test.
Iron Man came and I only had to make one stop on my bike at approximately mile 85 for two minutes because I had one toe (instead of 10) numb with pain. I had no issues for the 26 mile run and had a great day. That day was nothing but success!

Shelley had made a commitment to solve my issue no matter how long it took. Keep in mind that there was no additional cost for any of the additional visits. If I have an issue in 2008, Shelley told me to come in for some additional tweaking until I’m 100% satisfied.
Thanks again,
Tom R. 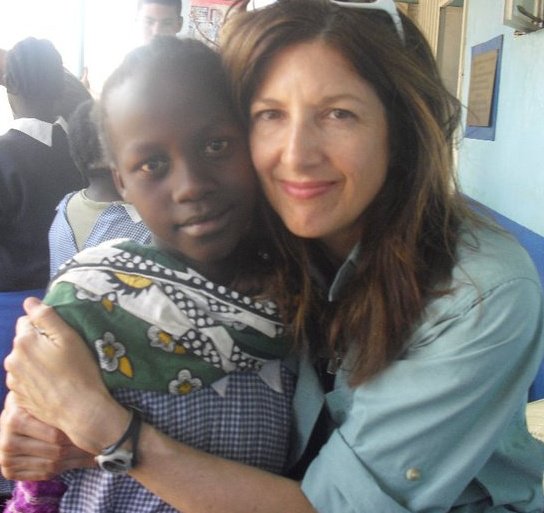 RUN PILATES classes are held biweekly in Cleveland Park during the Spring, Summer and Fall months. Whether the runner is a beginner or advanced, these Pilates classes— designed specifically for the runner by an experienced distance runner —will strengthen your running game and prevent injury! Email Shelley at simmering@sbcglobal.net for class schedules and location. Group or event training is available. “